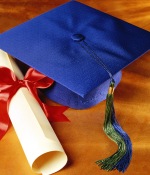 To the Class of 2013 So, here we are… The world awaits you, and I’m standing here with a bursting smile in my heart because I’ve just finished the preview of what this world is getting in you, and it looks good, very good. In fact, the word exceptional comes to mind. Before you release all your awesomeness… Read More ›

If I didn’t know better, I would say those of us living in the Land of Education are trapped in an epic tragedy where hubris-filled heroes recklessly identify and destroy the “monsters” responsible for the people’s current state of misery. Maybe the story would go something like this… In the Land of Education, the people… Read More ›

Threats of Failure on 8-year-old Shoulders

You know those days when everything thrown at you comes with an “or else” attached to it?  The days when you physically clasp the palms of your hands to your head and squeeze? Sales reps, you get this, right? Public service workers, what about you? Restaurant wait staff? Can I get a shout out from… Read More ›

How It All Began & How to Fix It: The Cult of Student Testing

Very informative from Tom Pauken. The solution is simple, if not easy. We need to allow for multiple pathways to a high school degree. One academic pathway would emphasize math and science. Another, the humanities and fine arts. A third would focus on career and technical education. All students would get the basics, but there… Read More ›

Shuffling through the pressing crowd at the convention center, I felt very much out of place, but at the same time a bit privileged. I, along with another teacher from the district, had been invited to attend a regional meeting for administrators for the unveiling of some incredible evaluation tool that would change everything when… Read More ›

Education Stakeholders: A Call to Be Informed

For those involved with education in any role, whether as a parent/guardian, teacher, administrator, or trustee, a working knowledge of current education reform and historical trends is a must. I’ve found no greater resource for this type of knowledge than in Diane Ravitch (http://dianeravitch.com/). Here is a sample of one of her blog postings and… Read More ›

Teachers, What Do You Suggest We Do?

The other night, I received a message from Matt Cochran, a former student of mine. After some kind words about my blog, he quickly got to the point that prompted him to write: my stance on standardized testing. He wrote: “… here lately I’ve become curious. I see that you take a stance against the… Read More ›

Because parent voices are the driving force behind educational change, I’m hoping these five questions will reach every parent in the State of Texas and encourage each one to seriously consider the STAAR/EOC testing system we’ve built for our students. Question #1: Are you okay with how much the State is paying for this testing program? By 2015, the tax payers of Texas… Read More ›

Follow-up: “To America from a Teacher”

When I clicked the button to post “To America from a Teacher” to my blog a couple of weeks ago, I had no idea the response it would generate. The visits to my website exploded from a little over a thousand to ninety-thousand, online magazines requested permission to reprint the letter, and Diane Ravitch, the… Read More ›

“The first movement he made the following morning was to reach under his pillow for the gun. In the gray light of dawn he held it loosely, feeling a sense of power… And if he were holding his gun in his hand, nobody could run over him; they would have to respect him. It was… Read More ›

« Older Posts
The opinions published here are strictly my own and do not represent those of my employer or any other entity.